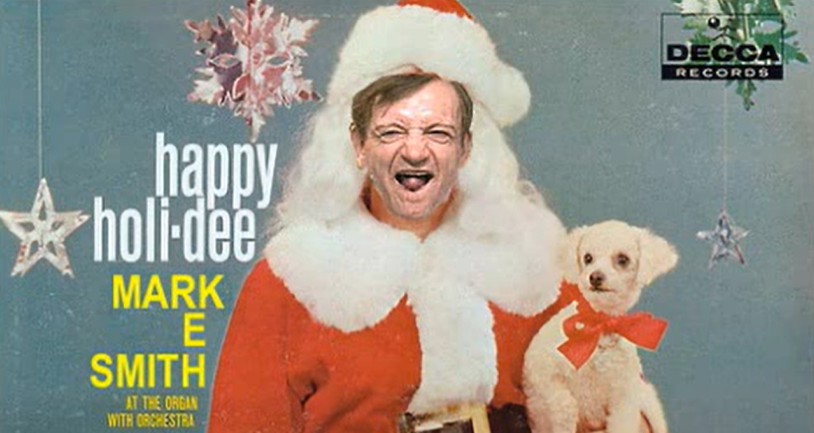 X is for... Xmas The Fall showed a bit of festive spirit on several occasions. ' Xmas With Simon ' (b-side to 'High Tension Line') found MES suggesting that the messiah’s birth surrounded by animals led to ‘no set amount to the number of diseases’ and his death coming at 33 was ‘as good a time as any’. It was remixed and retitled ' Christmastide ' on the  bonus CD  that accompanied  Levitate .  Another b-side, 'Ludd Gang', contained the line: 'I hate the guts of Shakin' Stevens for what he has done - the massacre of "Blue Christmas"'. A bit rich, given Smith's own  tuneless mangling  of the Elvis standard. Peel Session 18, broadcast in December 1994, featured two festive favourites: ' Jingle Bell Rock ' and 'Hark The Herald Angels Sing' - the latter featuring some rather startling vocals from Lucy Rimmer. There was also a seasonal version of 'Proteinprotection' called ' (We Wish You) A Protein Chri
Post a Comment
Read more

In 2020, I had a go at the daunting task of pinning down the exact number of Fall albums. At the time, I came up with the magic number of 158 .  I need to revise that now, partly because a couple more live LPs have subsequently been released; plus there's one compilation I didn't include first time round. The two live albums are  Out Ferroviarios (recorded at the OUT.FEST Festival in Portugal, 12 October 2013) and  Rock Against Racism Xmas Party (recorded at Stretford in December 1977).  [I'm doing a new post rather than amending the old one because WordPress - where I did the original - is now horrifically un-user-friendly.] Out Ferroviarios is a straight repress of a  bootleg ; you can hear the (middling quality) recording here . The front cover of the new release features the same cover as the bootleg; I don't know if it still has the same chronologically inappropriate photo from 1978 on the back.  Rock Against Racism Xmas Party is simply a vinyl version of Li
2 comments
Read more

I did a series of posts a while back about The Fall's album covers and have finally got around to considering the singles. I haven't attempted to rank all of them, just pick my favourite dozen - and I say 'favourite' advisedly, as I have no experience or expertise in art or graphics or anything like that! With the albums, most of my  top ten came from the early part of the group's career (only two were post-Brix's first stint). This is not, of course, a reflection of my taste as far as The Fall's music is concerned - as anyone who's read any of my stuff will know - but perhaps has more to do with the fact that cover art became arguably less important in the CD age. Whatever the reason, it's a pattern that repeats itself here... 12 Slippy Floor (2009) Slips (ahem) into the top dozen not because of any exceptional aesthetic merit, but due to the beautifully obvious simplicity of using a photo of an ice hockey team (Blackburn Junior Hawks Under 16s
Post a Comment
Read more

An A-Z of The Fall 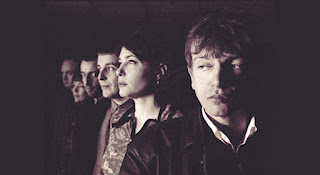 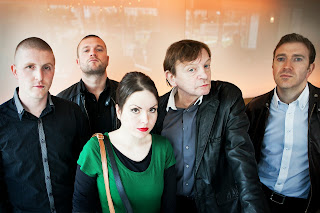 The Fall: Who's Who 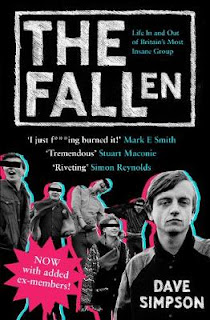 If you ask someone who has little more than a passing interest in / knowledge of The Fall what they know about them, it's likely that the sheer number of people who were in the group will be one of the things that they mention. This aspect is epitomised by Dave Simpson's Guardian article, Excuse Me, Weren't You In The Fall and his book, The Fallen . The notion that MES repeatedly fired band members on a whim is undoubtedly overstated (as the info below will hopefully demonstrate) although it is true that there were periods - for example the late 90s - where Fall fans would turn up for gigs not entirely sure as to who on earth would be on stage with MES (a feeling very familiar to fans of The Wedding Present ). Defining who counts as a 'proper' or 'full' member of The Fall is a tricky business, and it's something that I've been wrestling with when finalising the You Must Get Them All book. In The Fallen , Dave Simpson includes anyone who ever appea
1 comment
Read more 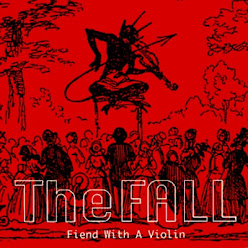 A recent post I made about which Fall live LPs  were worth acquiring  generated quite a lot of interest, so I thought I'd do something similar for the bewildering array of compilation albums. I did do this in quite some detail in  You Must Get Them All  a while back, and you can find those posts here: Part 1: 1981-1998 Part 2: 1999-2004 Part 3: 2006-present These three posts are pretty detailed, however, and I realise that not everyone will have the time and/or inclination to wade through all of them.  This is an abridged guide, using the assessment system that I outlined in Part 1 above. A: Worthwhile purchase, even for those who just have a few Fall albums B: Contains enough interesting material to make it worth a few quid to the more than casual Fall fan; or serves as a useful introduction to the inexperienced C: A few aspects of interest, but only for the really committed who have all of the ‘proper’ stuff already D: Only of interest to the really hardcore completist E:
2 comments
Read more
More posts